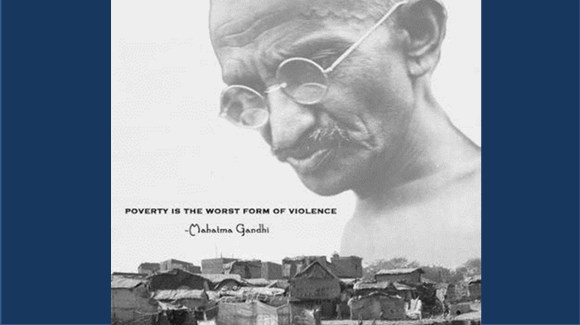 Poverty is the worst form of violence.

The fundamental premises of the USL-5UE-URF Trio:

The following are the key benefits of URF to be adopted by UN to create an international treaty to help make our world much better, faster, and sustainable. 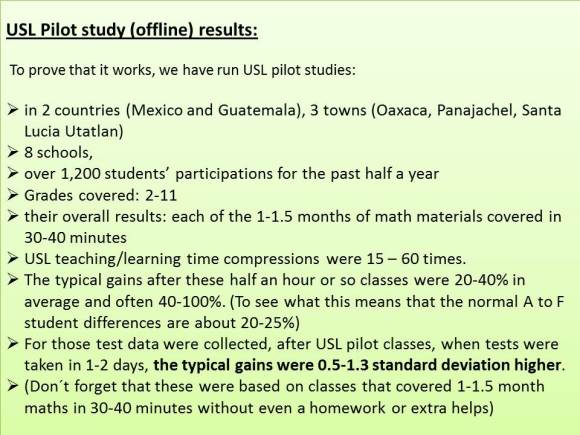 We have already over-proved that USL can make average students leanrn 10-20-30-40-50 times faster than usual. Using them as the basis, we use the tremendous human capital value of it – as the potential value of it all is bigger than the entire global economy (as 10 years of math advancing worths at least the entire economy of any country you are from and USL is even more). 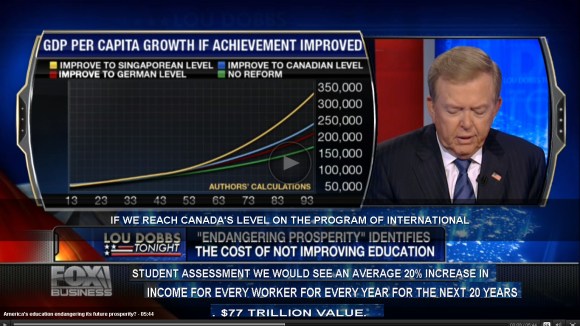 The connection between USL speed of math and science learning to the economic growths:

Advancing 1 year of math will roughly boost the economy of the GDPs of countries roughly about 0.8-1% surplus growth rate annually more or less in average (according to the pioneering works by professor Eric Hanushek and Ludger Woessmann although there are big variations). As the current world GDP growth rate is about 3.5% average, including the various forecasts over the next half a decade or so. The URF part 1 will focus on advancing 2-3 years of school maths of the URF participating countries, which means the world average GDP growth rates may rise to 6-7%. If we can assume that most countries join URF 1, then the world GDP may double not in 20 years, but in just 10-12 years, and about 30 times of the current world GDP in about 60 years instead of 8 times of the current world GDP. 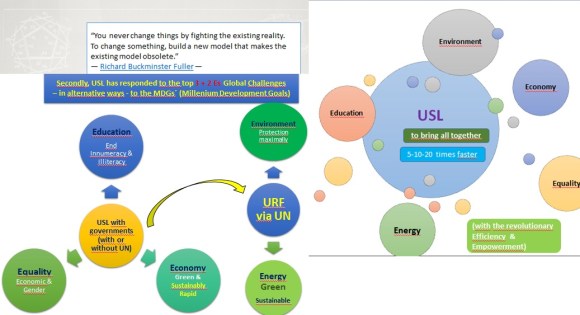 USL-URF and the governments (with the help of the UN) can bring the sustainable, circular growths, protecting the depleting resources and environment maximally unlike ever before

Why URF will charge the member nations to contribute 3% of their country GDP sums annually for each of 1-2 year math advancement? 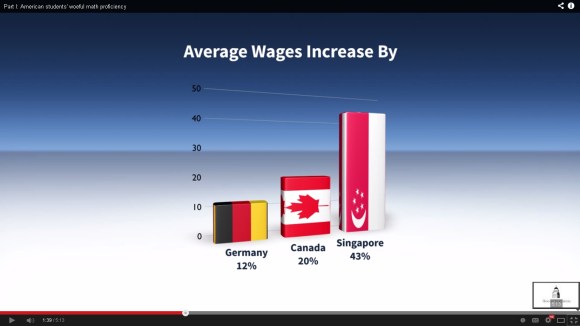 A rough blueprint: our pacings of USL will totally depend on the paces of the world to USL/UFA/5UEs/URF operations. 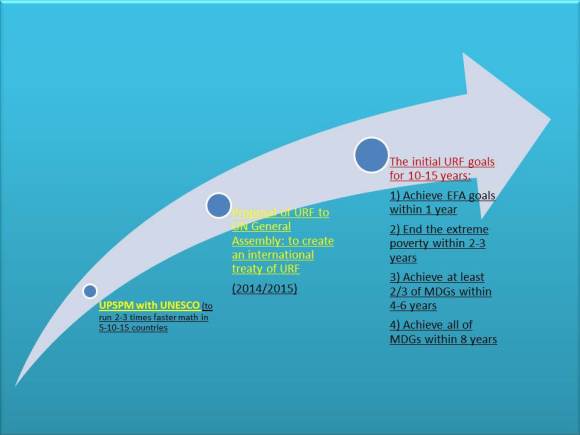 To get there, what kind of supports we need.

© Copyright 2014 admin USL, All rights Reserved. Written For: USL1: to resolve the entire top 5 world crises (of Transition to Renewable Energy, Environment, Sovereign Debts, Population growth, and Poverty) whose total costs will be 3-8x of the current world GDP in 15-25 years using the the world´s surplus GDP induced by USL1.0 (2.5x-10x-40x in 10-20-30 yrs.) instead of collapsing with them (with the UN, gov & NGOs)

Previous: Video testimonials of the school principals and a mayor of a municipal on USL