The extreme wealth and the extreme poverty are polarizing the world as if we are bipolar patients of economy. This is no longer a question of capitalism, free market, or socialism. If you see the critical data provided below, these are – as Oxfam report said – “extreme wealth is unethical, economically inefficient, politically corrosive, socially divisive and environmentally destructive.”

This article is a sequel to To End The Poverty. 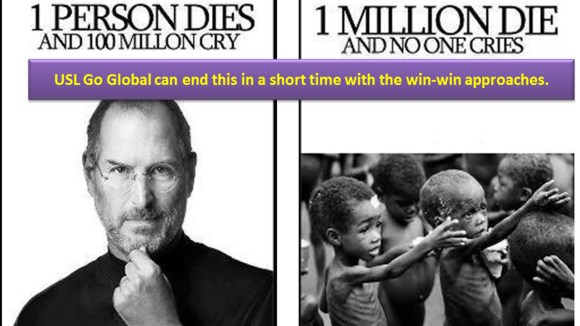 This site is devoted to provide unconventional alternative solutions to end the currently destructive process we are in and reverse the global economy to much more equal state. Before we suggest our solution, let’s take some glimpses as to how bad the situation is. A good doctor needs to have a good diagnosis first.

According to the reports by UBS and Wealth-X in November 2013:

In the mean while, the poverty-stricken countries in the southern hemisphere are struggling as their wages per hour are dozens of times lower than the those in the developed world in the Northern hemisphere.

Oxfam is a leading international philanthropy organization. Its new report, ‘The Cost of Inequality: How Wealth and Income Extremes Hurt us All,’ argued that the extreme concentration of wealth hinders the world’s ability to reduce poverty.

The report was published before the World Economic Forum in Davos 2012, and called on world leaders to “end extreme wealth by 2025, and reverse the rapid increase in inequality seen in the majority of countries in the last 20 years.”
The following is from an RT article.

The report proposes a new global deal to world leaders to curb extreme poverty to 1990s levels by:

The problem is a global one”.

So, how do we effectively deal with the economic system that is found to be very difficult to reverse the process? We have a good solution, and we encourage you to pay attention to what we try to do.

The principal USL plans for the world: provides the realistic and effective solutions that make everyone happy by the following strategies:

For a more detailed blueprints of the USL Go Global’s initiative to end the extreme poverty (as well as other major causes that USL Go Global is trying to tackle), CLICK this link.

If this works, even if partially, this can end the extreme poverty within a year, not half + century.

TOPICS To End the Poverty